We’ve had a few interesting visitors over the past few weeks in the waterways of the Runaway Bay Marina.

One of our team spotted what we initially thought was a Box Jellyfish but was later confirmed by the Qld Fisheries Department as a ‘Morbakka Fenneri.’ Although not ‘dangerous’ they still give a nasty sting so best to give these guys a wide berth if you come across them.

If you spot something unusual in the waterways and need help identifying it, drop a line to the Fisheries department and they are more than happy to help. www.daff.qld.gov.au/fisheries. 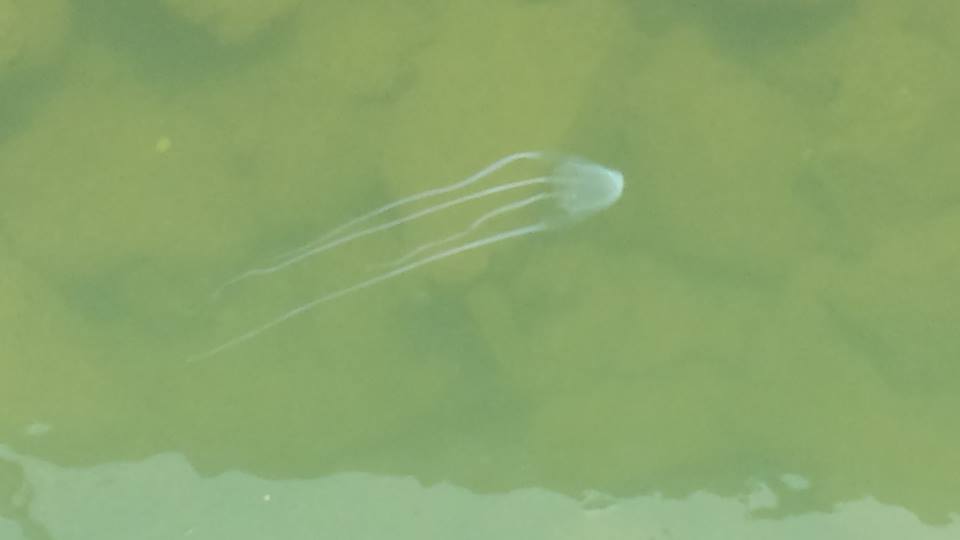 Runaway Bay Marina had a front row seat to the first major storm cell crossing the Gold Coast for 2014.

The storm cell had been moving up the coast and came directly inland from the sea. We were hit with rain and hail and then just as quickly as started, it finished twenty minutes later and we were back to relatively clear skies.

One thing is for sure we definitely had the best seat in the house at the Marina!